Officially the longest build in Bedlam Guitars history. In fact it is one of the very first guitars I made, and it predates the Bedlam name by a good few years. It’s recently undergone a complete overhaul to bring it up to my current quality standards. 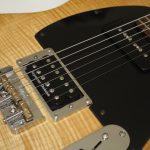 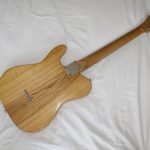 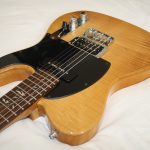 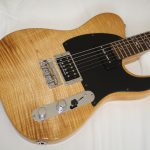 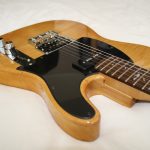 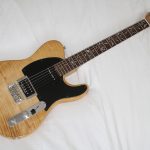 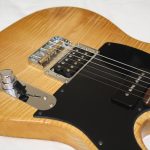 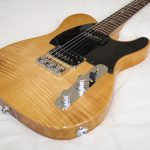 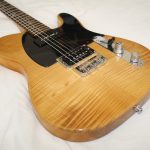 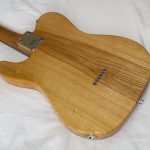 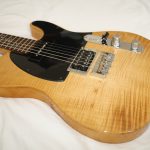 Like almost all my guitars, it’s been modified and upgraded over the years. The body is English ash, chambered for weight relief, with a bookmatched myrtlewood 3/8″ top. The neck is maple, bolted on and has a tree-of-life inlay on the rosewood fingerboard.

It’s currently wearing a P90 at the neck and a Seymour Duncan Pearly Gates Plus at the bridge. The switch is a four-way giving full humbucker, split coil, split coil & P90, and P90 on its own. The controls are Master tone and individual volume for each pickup on a stacked pot.

The name is pretty obscure. It’s a TV reference. ZZ Top’s Billy Gibbons inexplicably appears as a character in ‘Bones’. He’s supposed to be the father of one of the lead characters but he essentially plays the part as himself, with rhinestone shades and sequinned jackets. In one episode he tells his son-in-law the name he has in mind for his new grandchild, which came to him in a dream. That name is Staccato Mamba.

Stupid name for a kid, kinda cool for a guitar.

Incidentally, I’m not a fan of ‘Bones’. I think it’s terrible.